To share your memory on the wall of Robert Allen Chaulk, sign in using one of the following options:

Predeceased by parents Sarah and Mansfield Chaulk of Charlottetown, where he was raised with his sisters Patsy and Chris; Brothers Clarence, Willis and Terran... Read More
Robert Allen Chaulk

Predeceased by parents Sarah and Mansfield Chaulk of Charlottetown, where he was raised with his sisters Patsy and Chris; Brothers Clarence, Willis and Terrance. Allen’s family continued to grow with sons Robert and Neil. Grandchildren Tyler, Ethan and Step Grandchild Cary, in addition to an extended family with nieces and nephews. Allen was well known for his beautiful onions and tomatoes which he grew in his gardens along with his home grown potatoes that he loved to cook as homemade fries. His love of food was better enjoyed with family and friends, especially Bernadine’s turkey soup, and Valerie’s cookies. Allen shared many exciting adventures while travelling with Robert and Cindy, particularly his trip to Bonavista with the opportunity to see “The Matthew”. Allen was also known for his love of fishing cod, smelt and trouting in the saltwater areas. Allen also had a gentle side that he showed to “Bear”, his cat, by allowing his nieces to spoil Bear with treats. His nieces which he called “little maids” held a special place in his heart, making sure he had candy to give them when they behaved in church. Allen was a man that strived to be positive in his daily living and live a simple life the remainder of his days in Glovertown, being surrounded by family and friends.
Read Less

To send flowers to the family or plant a tree in memory of Robert Allen Chaulk, please visit our Heartfelt Sympathies Store.

We encourage you to share your most beloved memories of Robert Allen here, so that the family and other loved ones can always see it. You can upload cherished photographs, or share your favorite stories, and can even comment on those shared by others.

Posted May 15, 2021 at 11:23pm
Seems like I have known Allan forever. From Terra Nova days and the days of CB Radio and later living across the street in Glovertown and then Saunders Cove. Always had time for a chat usually about fishing or farming and to give some advice on Tomatoes. In the Glovertown years he found a peace and purpose in life which I think made him a happier person. Rest In Peace old friend and enjoy your new home in heaven.
Comment Share
Share via: 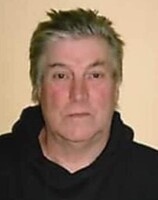