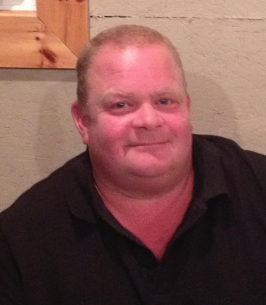 It is with great sadness that our family announce the passing of Terry Samson on Sunday October 30, 2022 after a lengthy and courageous battle with his illness.

Terry’s life revolved around his family and friends, especially his loving wife Donna. Although Terry had many serious health issues for several years he remained positive, determined and of course, kept his sense of humour. During the past seven months at James Paton Memorial Hospital Terry made friendships with so many health care workers from nursing staff, to cleaning staff, security guards and doctors. He left a lasting impression on all those who met and cared for him.

Terry was predeceased by his parents Herbert and Josephine Samson, brothers William and Edward Samson and sister in law Myrna. He is survived by his loving wife Donna, his brother Patrick (Marie), brother Aiden, sister Doreen (Dwayne) . His father and mother in law Morley and Joan Shea. His nieces Krista (Johnathan), Julie (Mitchell) and Alexandria (Kyle). Also a large circle of extended family and friends who he certainly appreciated.

The family would like to take this opportunity to thank the doctors, nurses and staff at JPMH for their extraordinary care and compassion. Terry was so appreciative of his special permission to spend an hour outside each day in his hospital bed - it was the highlight of his last couple of months. Donna and family would also like to thank his special nurse Sarah Roswell for her advocacy which allowed Terry to live pain free and comfortably during his last few weeks. As well as her continuous support and friendship outside of her role as a health care professional.

Many thanks to our entire community of family and friends near and far who have given us tremendous support throughout his illness. As an expression of sympathy in lieu of flowers, donations to assist with funeral expenses would be greatly appreciated.

All rights reserved. This obituary is also archived at obittree.com